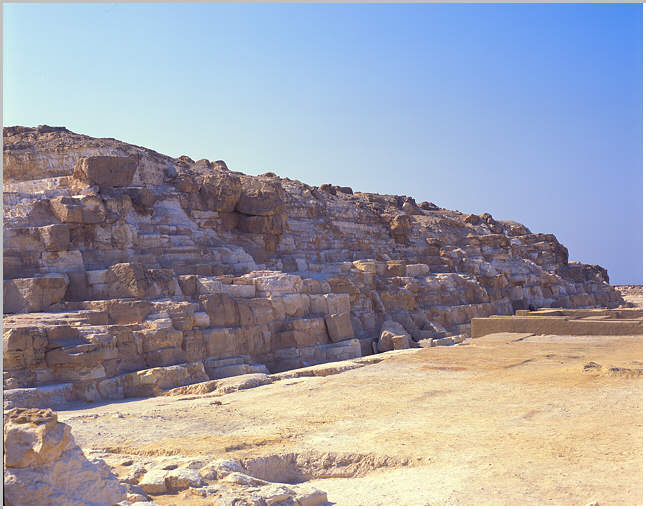 The Pyramid of Dejedefre is now believed to have been completed. Here we can see what remains, a few courses superimposed on a natural hillock. The pyramid measures 106.2 meters on a side and now stands about 9meters high. It would have been about the same size has Menkaure's according to Egyptologist, between 57 and 67 meters. The estimated slope is 52degrees. In the middle right of the images can be seen the mortuary temple, finished in mudbrick and reconstructed. The current state is due mostly to quarrying during Roman times. Nearby there was a major crossroads giving easy access to the site. Although quarrying did occur up to early parts of this century. Egyptologist who excavated the site in the early part of the century report that several hundred camel loads were quarried away every day.

The pyramid of Djedefre

The pyramid viewed from the south.