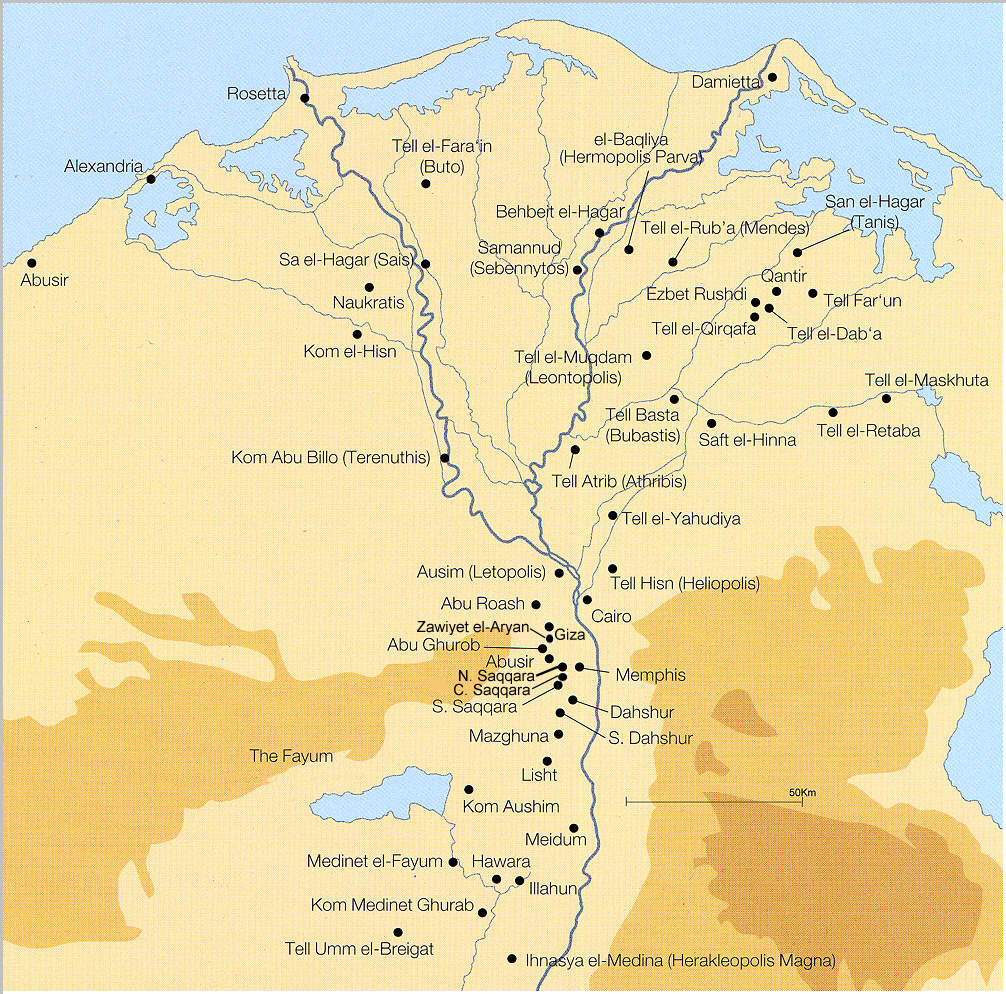 Map of Egypt..... Here we can see the geographical relationship of the pyramid sites. All the pyramids are in in the desert on the west side of the Nile in accordance with the Ancient Egyptian beliefs. The northern most site, Abu Rawash, is situated just a few kilometers north of Cairo. The southern most site lies at Hawara in the Fayum, the seat of power during the middle kingdom. However there are some 3rd dynasty pyramids located further up the Nile. Huni is believed to have erected these structures but the exact function is unclear, as one is located on the east bank of the Nile.