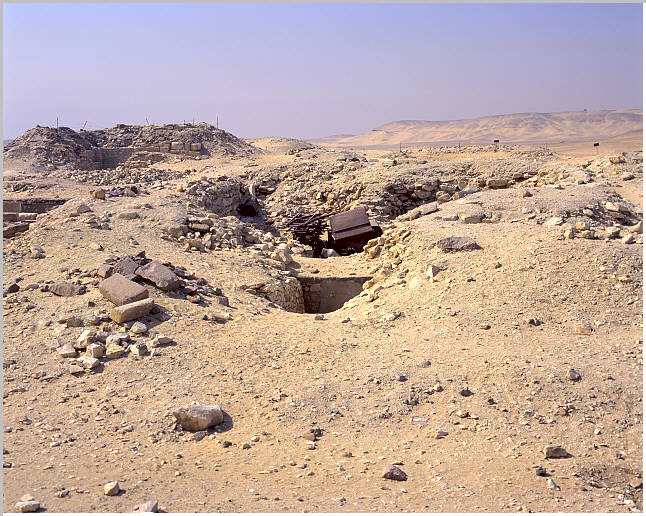 The Pyramid of Khentkawes II

Queen Khentkawes II, wife of Neferirkare apparently ruled for a brief time. Her pyramid, now mostly buried under the shifting sands lies just besides are Husband Neferirkare. The entrance is still visible and the mortuary temple is somewhat preserved. Only recently has it been confirmed that Khentkawes was the owner of this pyramid. Block in the mortuary temple discovered by the Czech archaeological, led by Miroslav Verner, have confirmed this without a doubt. In the background is Lepsius XXIV. 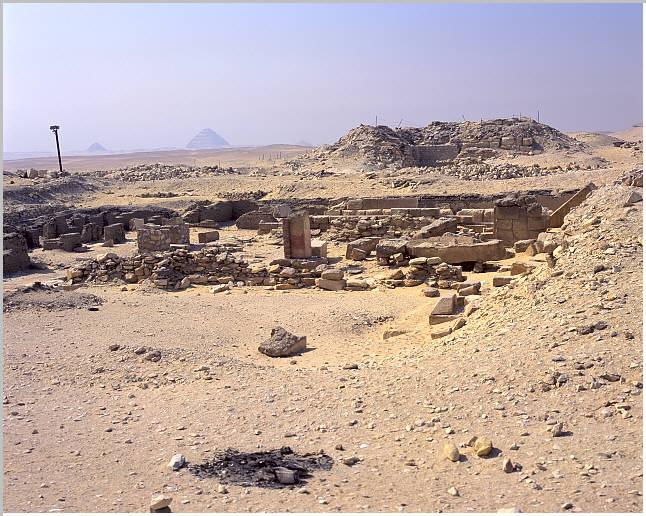