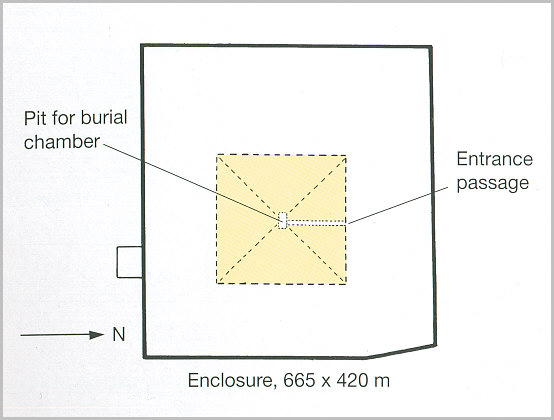 The Pyramid of Nebka (Baka)

King Baka ruled for only 4 years, between Khafre and Menkaure. The pyramid is unfinished and would have been close in size to that of Khafre. Inside the pyramid a long, sloping passage leads down to a deep, square pit. Similar to that of Djedefre, and in size 11.7m x 24m and 21m deep. At the bottom it is paved with giant blocks of limestone and granite. The granite Sarcophagus took the form of a great oval tub sunk into the pavement. The site itself is within a military area, thus inaccessible. Unfortunately I don't not have a photograph of this pyramid.

Plan of the pyramid of Nebka (Reisner).

Substructure to the pyramid of Nebka (after Reisner).