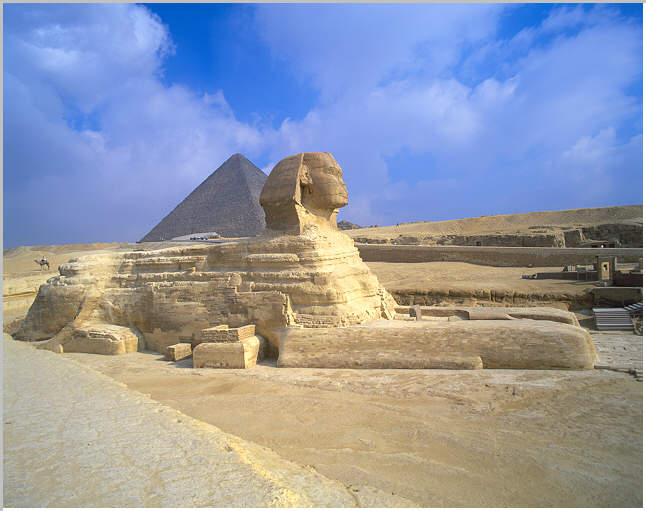 View from the southeast

The Great Sphynx, the symbol of Egypt itself. The Sphynx dates to the Old Kingdom according to Egyptologist. Its context suggest that it belongs to Khafre's complex, but there is no direct evidence for this. It is 20 meters high and over 50 meters long. It is a symbiotic creature, part man, part lion. The Sphynx was carved directly into the limestone plateau. You can see the layering across the body. The head is of a harder stone thus its better preservation. The Sphynx gazes due east. The Sphynx was covered up to its neck in sand until the mid nineteen twenties. Even in Ancient times there are accounts of the Sphynx being dug out from the sand.

The Great Sphynx looks directly east. It is believed to be associated with Khafre's complex although no direct evidence has been found.