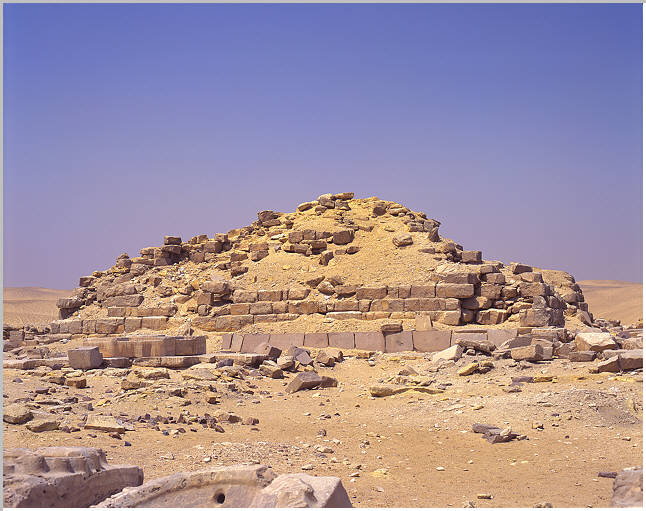 View from the east..

The Sun Temple of Niuserre

The Sun Temple of Niuserre is the best preseved of all the sun temples. The platform of the solar obelisk still remains. The temple was excavated in 1898 to 1901 by Heinrich Schaeffer and Ludwig Borchardt. The obelisk that once stood here is believed to be 36m tall and built of limestone blocks. Some of the casing blocks of the platform are still in situ. In front of the temple an alabaster altar still stands in the court. In can be read as a giant hieroglyph 'May Re be Satisfied'. There are 9 alabaster basins in the east side ofthe court yard. These were probably used for ceremonial purposes.