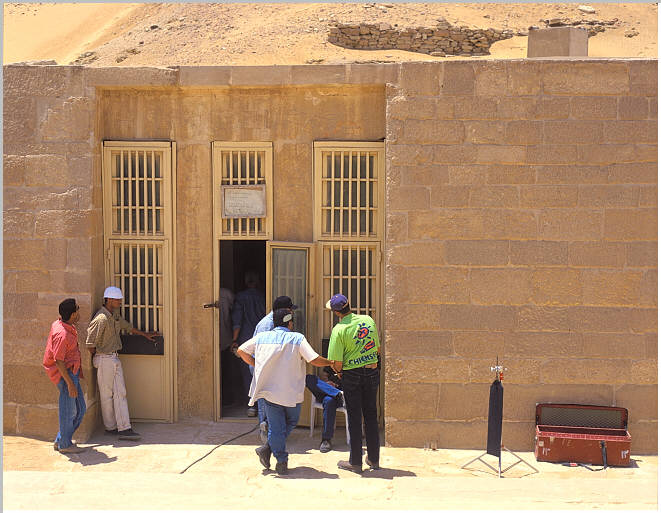 The dual Mastaba of Niankh-Khum and Khum-hotep is located just south of the causeway of Unas near the ticket area. It appears that they were twins, scenes in the masataba show them as very close. The tomb was discovered in 1964 near the ramp of Unas, in which a breach was made in order to reach it. It is one of the largest and most beautiful in the whole necropolis. Many changes were made, including enlargements during construction. The oldest part is in fact dug into the rock, while three rooms with a courtyard were added later, built with blocks of stone using techniques used for the mastaba. There is also a famous beer making scene.

Period - mid Fifth dynasty, ~2430 BCE
Principle titles - Prophets of Ra in the Sun Temple of Niuserre, Heads of the Manicurists of the Great house 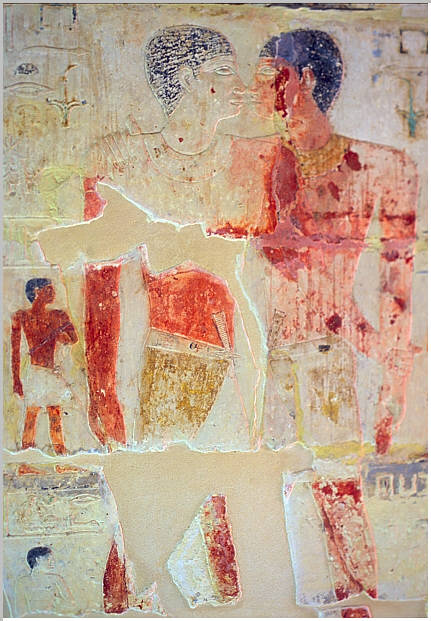 Entrance to Niankh-Kum and Khum-Hotep tomb. At the time a film crew was filming beer making scenes for the Sakkara Brand.