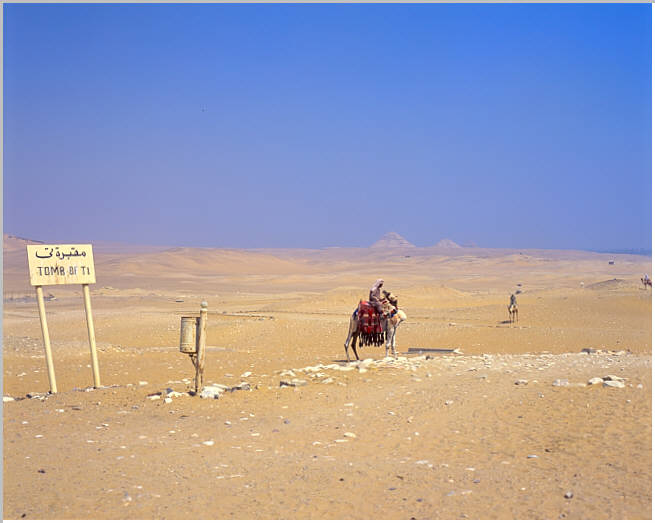 The mastaba of Ti

In the north part of central Saqqara, about 500m northwest of Djoser's pyramid is the beautifully decorated mastaba of Ti, overseer of the pyramids of Niuserre and Neferirkare. The site is far out into the desert from the Step Pyramid. The high relief's are very beautiful and well worth the visit. There are some very unique scenes of ship construction and a large scale scene showing Ti hunting in amid the papyrus reeds for hippopotamus. 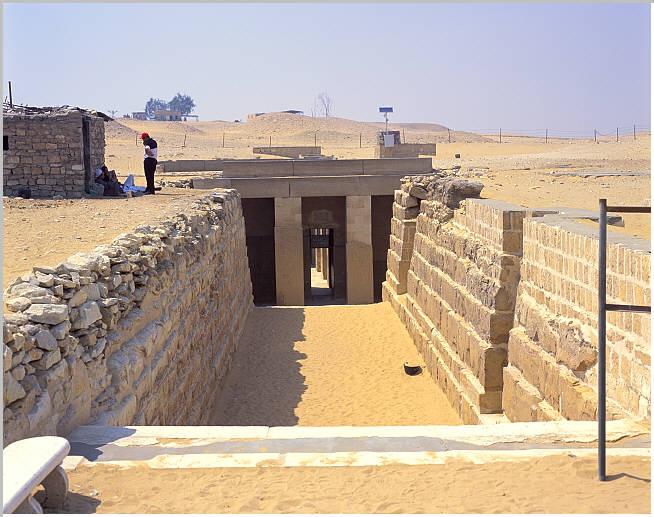 Desert view from the Tomb of Ti.

The Pyramids of Abu Sir can be seen in the distance.

The entrance to Ti's tomb..