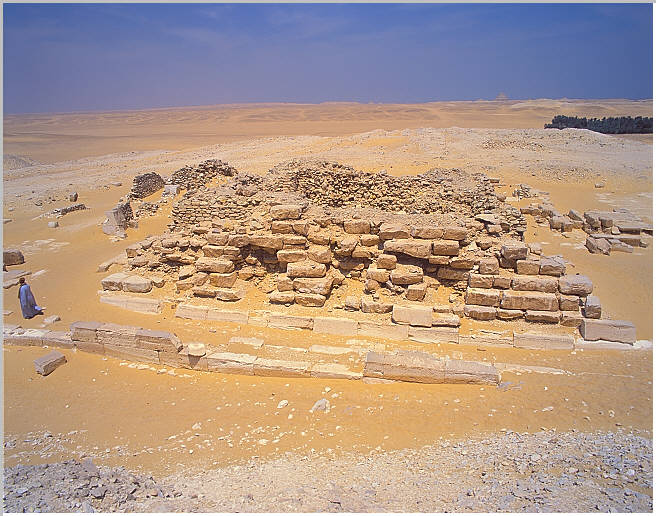 Three queens pyramids have been identified in the vicinity of Pepi II's pyramid. 2 on the north west side and another on the southeast side. All are in a much ruined state. But the general plan can be discerned. They all had a small mortuary temple and Ba pyramid. 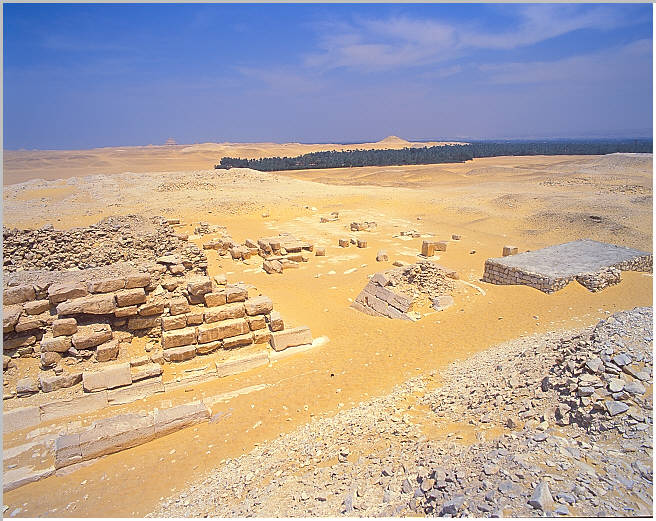 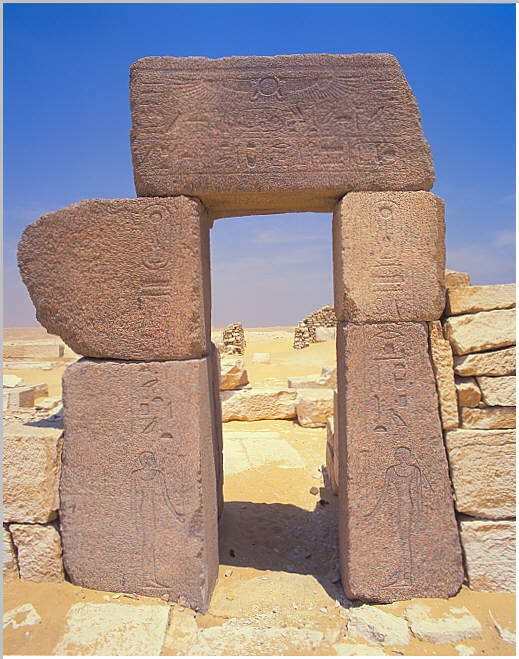 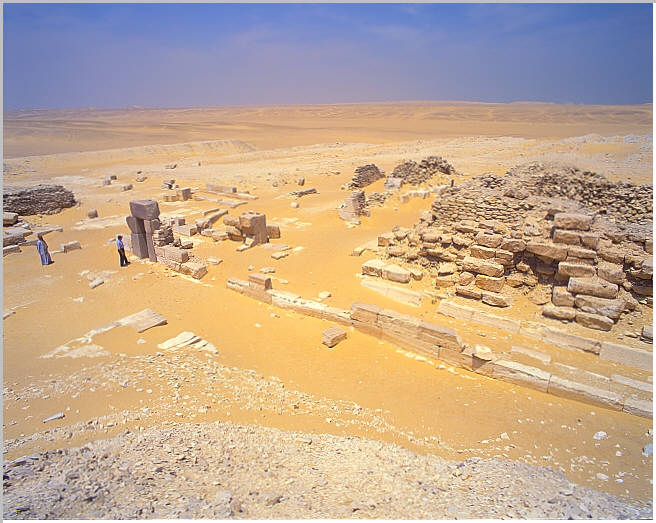 The pyramid of Neith is situated on the northwest corner is seen here looking north toward the step pyramid. Neith is the oldest of the three queens' pyramid complexes, she was the sister of Merenre. It included a small pyramid and a mortuary temple, both of which were surrounded by a perimeter wall. The pyramid was entered on the pavement of the courtyard in the front of the middle of the pyramids north wall.

This view of Neiths' pyramid is toward the northeast looking over the courtyard. The pyramid of the Ba can be seen just right of canter, with its original casing stones still intact. Neiths' pyramid also has some casing composed of fine Tura limestone in situ.
Granite doorway leading into Neiths' pyramids complex. Her titles, in low relief, are inscribes on it.
Neiths' pyramid complex looking northwest from the the top of Pepi II's pyramid . Part of it's perimeter wall is visible. To the extreme left is the pyramid of Iput II.