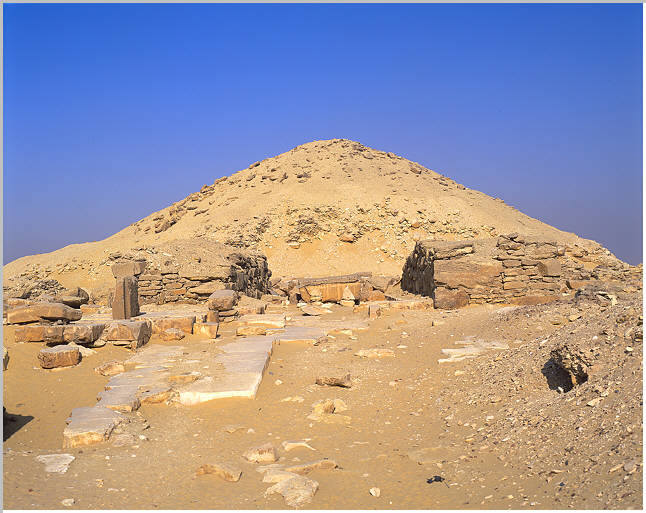 This view of the pyramid of Djedkare-Isesi is looking west through the central courtyard.

Pharaoh Djedkare-Isesi, Menkauhor's successor is though to have been his son. However, the two rulers may have been brothers (Niuserre's sons) or even cousins (sons of Neferefre and Niuserre). In comparison to the pyramids at Abusir, under Djedkare and his successors a significant conceptual change occurred. One immediately notices a striking difference the way the core is constructed. The megalithism characteristic of the Fourth Dynasty, and to a lesser extent the fifth dynasty, becomes less prominent from this time on. The core was built using small, irregular pieces of limestone bound with clay mortar to form steps about 7 meters high 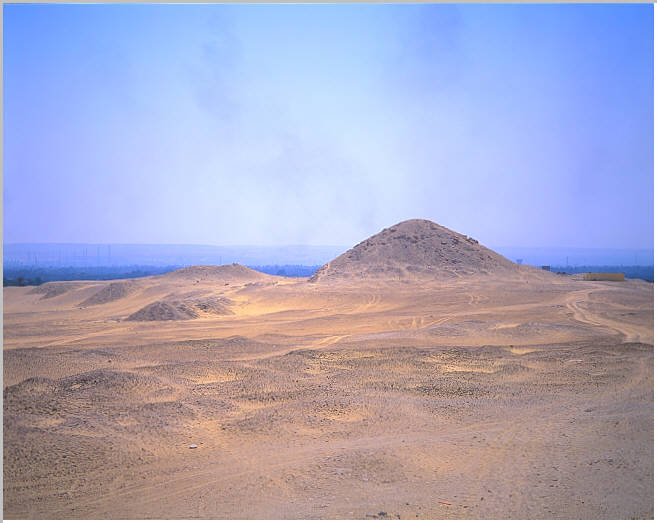 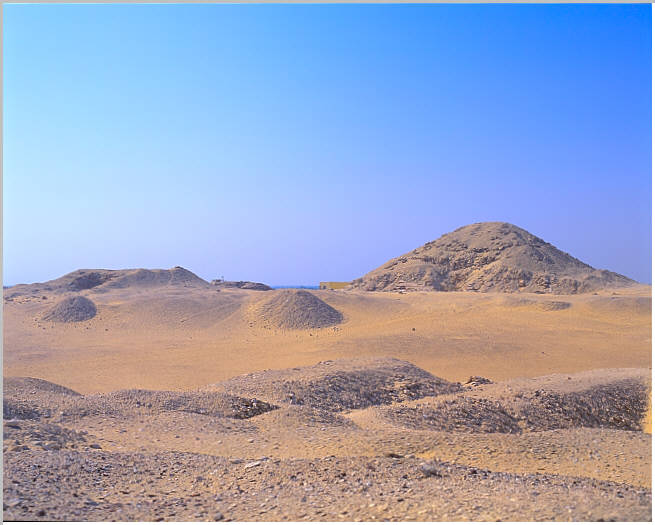