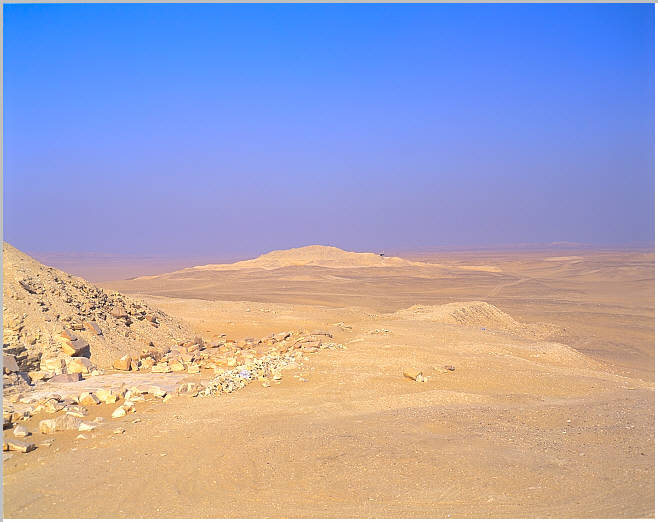 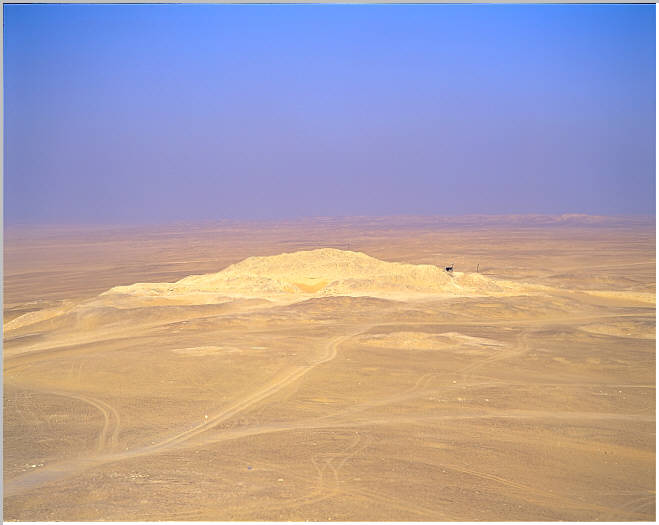 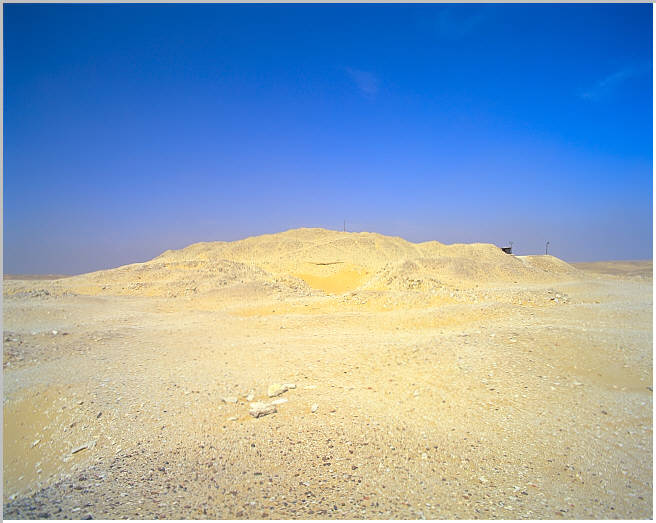 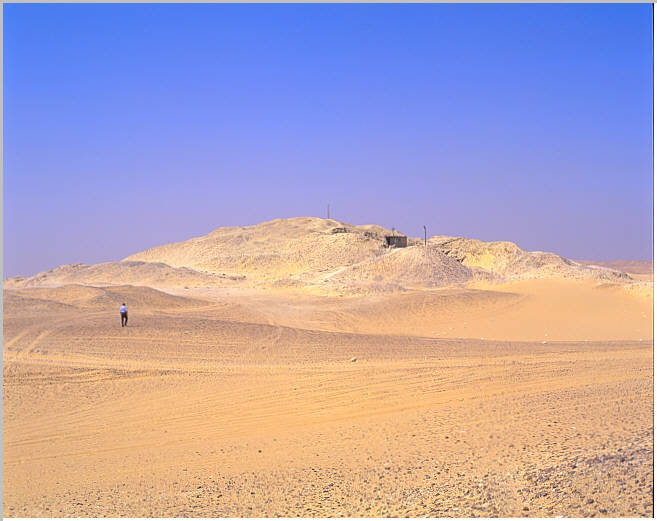 The outer casing of Merenre's pyramid has vanished. The pyramids core is has been greatly robber. It is doubtful weather the pyramid was ever finished since Merenre only ruled for 9 years.

The heap which was in its heyday called 'Merenre's beauty shines' has not survived well the 4300 years since its construction. This view is looking south.