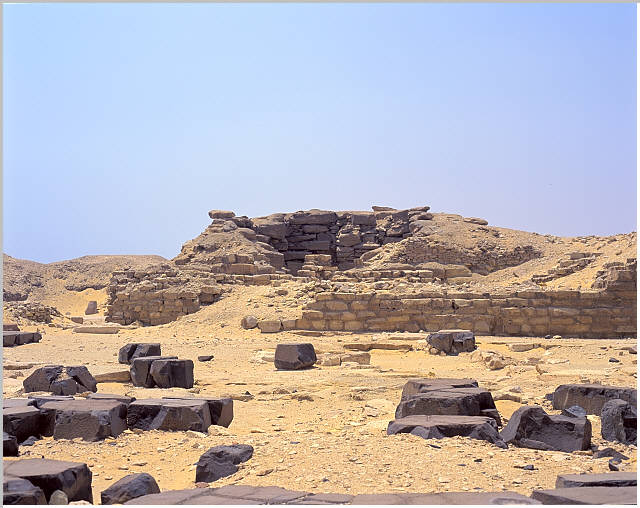 The pyramid is located about 100m south of Userkaf's pyramid. Neferhetepes was a queen of Userkaf and is one of the largest queen pyramids of the old kingdom. Although her name is not found on or near Userkaf's complex . On the basis of an indirect clue found in an inscription in the nearby tomb of the priest Persen (now in the Berlin Museum, no. 15004) the name Neferhetepes has been given her. The pyramid is in a very ruined state. It originally had a three level core, and its mantle consisted of blocks of fine white limestone. It is structurally separate from Userkaf's complex and has its own perimeter wall.

Pure are the [cult] Places of Userkaf