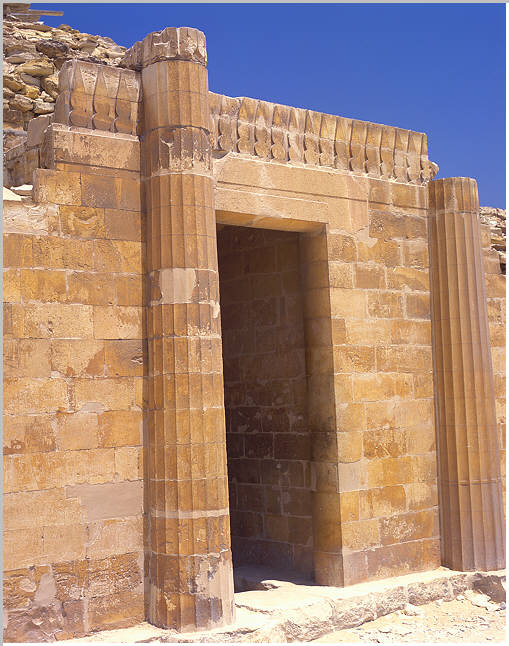 The South House is located near the north-east corner of the step pyramid, north of the Heb-sed court. It has been totally reconstructed. It was discovered in 1924. Probably this building, together with the North House, were used during a particular part of the Heb-sed festival, in which the king, sovereign of Upper and Lower Egypt, received tributes from the North and South of the country.

The South-house with its Khekeru frieze that surmounts the door lintel, next to which are 2 fluted columns.