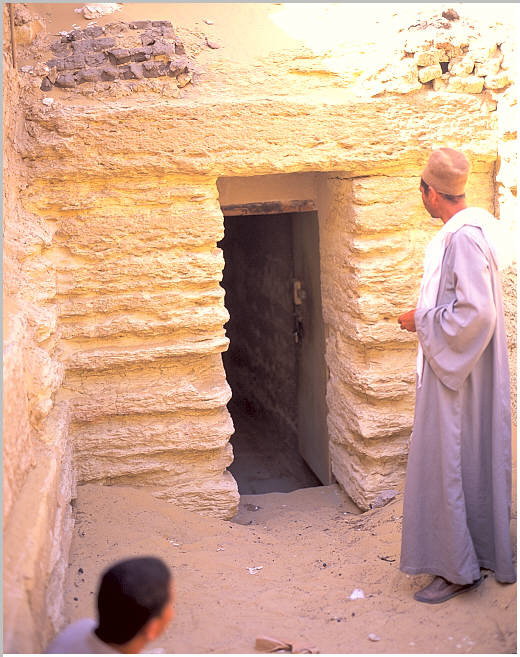 The tomb of Irukaptah ('the butchers tomb') is located near the bend in Unas' causeway. It is dug entirely out of the rocky wall. Irukaptah a dignitary whose titles included Head of the Butchers of the Great House. Commonly known as the Butchers' Tomb, due to the butchering scenes that adorn the east wall. In the eastern part of the tomb, in which at least ten family members of the owner are also buried, ten large colorful high-relief statues were carved in the rock, using a technique found elsewhere in only a few other Giza tombs. Above them appears the famous scene of butchering, which takes place in the presence of the deceased.

Period - Fifth Dynasty
Principle titles - Head of the Butchers of the Great House, Waab Priest of the King 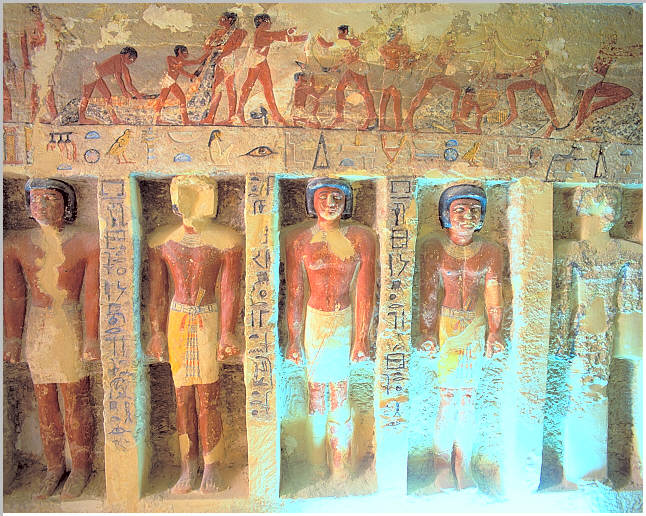