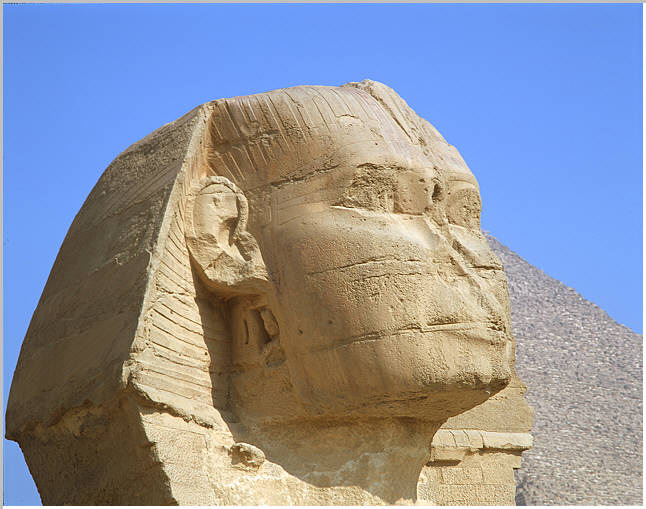 View from the southeast

Here in a close up of the Sphinx, you can several interesting details. Some of of the original paint can still be seen on forehead, near the left eye and on the Nemes headdress. You can also see the large slot were the nose used to be. This believed to have been done by a doctor form Iraq during the twelve century. It is believed to have been hacked off with bar type object. The area beneath the headdress is modern. This was done during the mid 1920's and is of poured concrete.