The Pyramids at el-Lisht 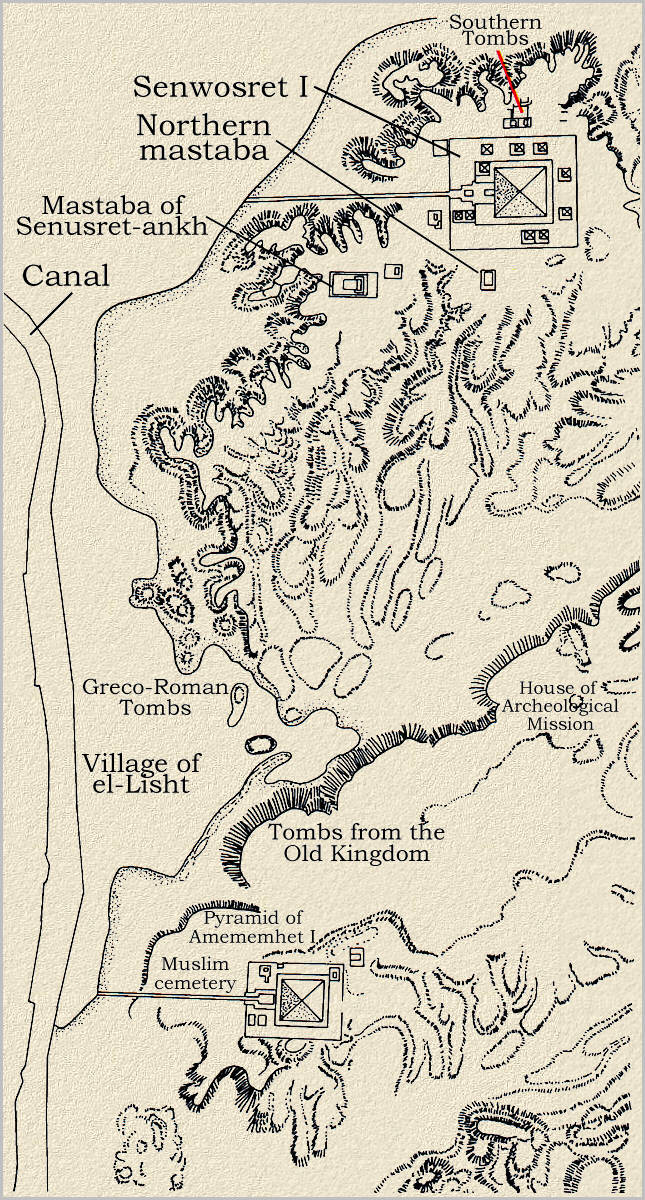 El-Lisht was established by Amenemhet I, the first king of the 12th dynasty. There are two pyramids at this site, that of Amenemhet I, in the north, and that of his son and successor, Senwosret I, in the south. This site is relatively easy to reach, it is about 50 km south of Cairo and near the village of el-Lisht. The mudbrick pyramid of Amenemhet I is in a much ruined state but still clearly seen against the desert background. It is located near the deserts edge. The pyramid of Senwosret I is about 2 km south of his fathers. This pyramid is also in a ruined state. There are nine small royal pyramids around the periphery of the main pyramid.