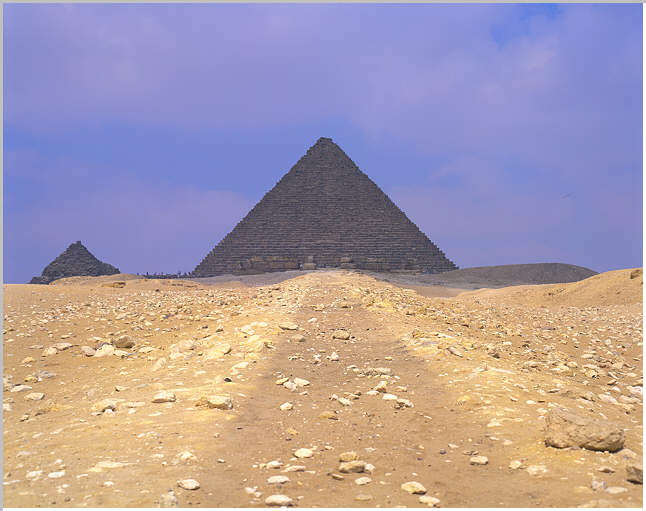 Menkaure's Causeway viewed from the east

The causeway the stretches form the Pyramid Temple to the Valley Temple is 608m long and heads due east. Had the causeway been completed it would have been walled and roofed. It is stated the Shepeseskaf finished the causeway in mud brick. However it does not stretch beyond the point of the old Khufu quarry.