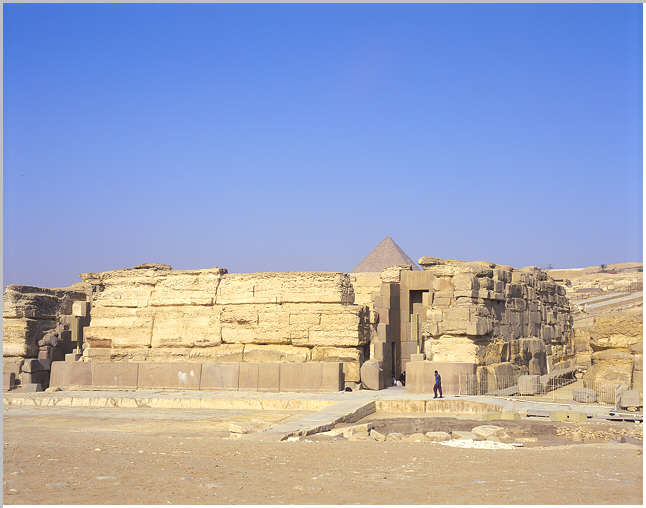 Pyramid of Khafre valley temple seen from the east

The valley temple of Khafre is remarkably well preserved. The temple is built of megalithic limestone core blocks sheeted in red granite. Many of the internal elements are still intact, such has many single granite pillars in the T-shaped hall. There are 23 statues bases thought to represent the hours of the day, the canter (the largest) one is counted twice. Recently a ancient quay was revealed in front of the Valley Temple. The ramp of is visible in the image below.