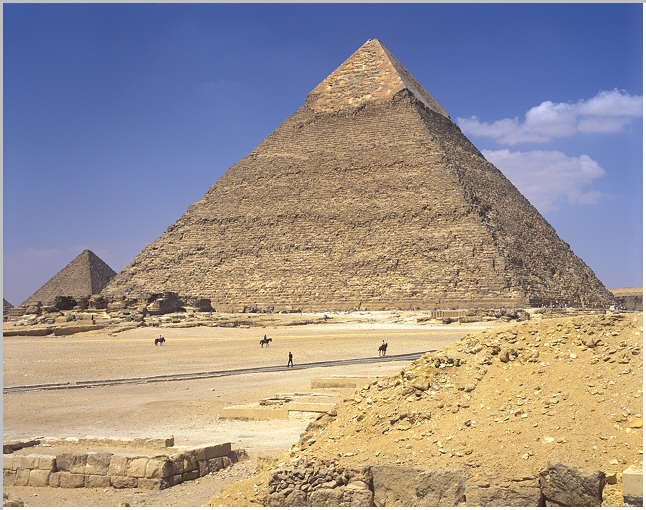 Pyramid of Khafre viewed from the East

Pharaoh Khafre, son of Khufu ruled Egypt for 26 years. He built his pyramid 10m higher on the plateau and is only 3m shorter than his father's. It is the only pyramid at Giza that has some casing stone remaining. You can see it at the top. Both the Pyramid temple and Valley Temple are in a good state of preservation. The area northwest of the pyramid has been leveled to 10m below the bedrock. Quarry marks can still be seen here.

This view of Khafre's Pyramid is from the Eastern Mastaba field.

The Pyramid of Khafre