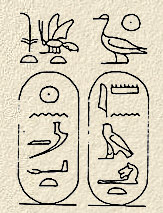 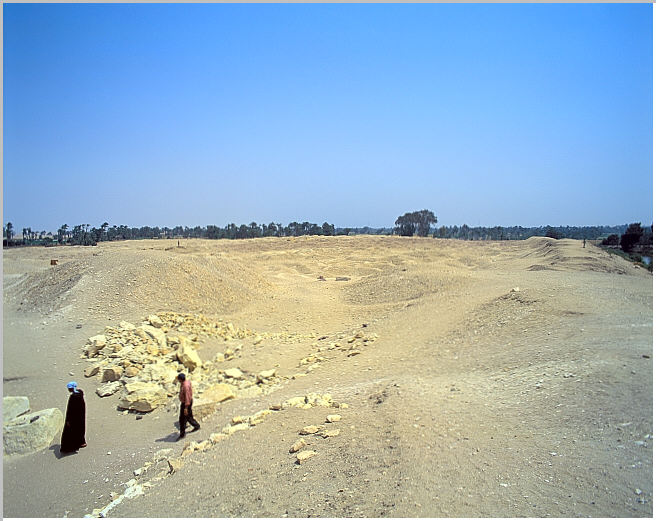 Overall view of the Labyrinth looking south. The canal can be seen at right. 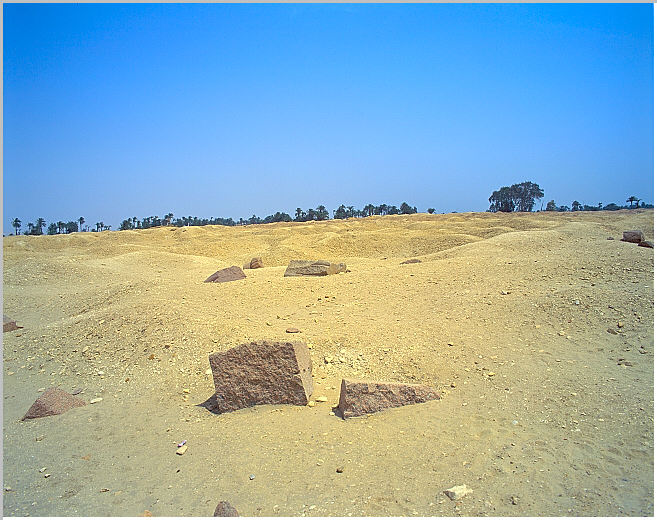 A more detail view of the Labyrinth showing some the remaining granite blocks strewn about.

Reconstructed plan according to Petrie.

The Hawara enclosure, located on the south side of the pyramid, measured 385 x 158 m, is oriented north-south and was the largest of the middle kingdom pyramid enclosure. As with Djoser, the pyramid was in the north while the entrance was on the far south end of the east side where, as in Senwosret III's layout, an open causeway approached from the east.. Between the entrance and the pyramid lay the 'mortuary temple' which here is a misnomer. This was apparently such an extraordinary architectural creation that it was seen by visitors in Classical times as a unique monument in a class of its own. They called it the Labyrinth, comparing it with the legendary Labyrinth of Minos at Knossos in Crete. It is all the more frustrating, therefore, that the temple is almost completely lost to us. Quarried since the roman times, very little is left except a foundation bed and limestone chips, which only hint at its vastness. This was not a labyrinth in the sense of nested passages and corridors.. Its complexity instead arose from the replication of small courts and shrines, in n arrangement that Strabo called ' a palace composed of as many smaller palaces as were former nomes'. All the Classical authors write of multiple courts but disagree on the number. Herodotus spoke of 12 main courts, and said the visitor was conducted 'from courtyards into rooms, rooms into galleries, galleries into more rooms, thence into more courtyards'. He mentioned lower rooms and crypts devoted to the sacred crocodile Sobek, noted also by Pliny the Elder. Close to the south side of the pyramid Petrie found remains of two great granite shrines weighing 8 to 13 tons, each containing two figures of the king.. These may have stood near the findspot at the back center of the temple. Did they occupy a central place like the five statues in the Old Kingdom pyramid temples? Also close to the pyramid Petrie found the remains of a colossal granite statue of the king. Other fragments must have belonged to statues that stood in the chapels and courts, including ones of the crocodile go, Sobek, as well as other deities like Hathor and an unusual palm goddess, statues of the king and offering bearers. Stadelmann sees these statues, probably assigned to their respective booths and courtyards, as the translation into three dimensions of flat painted relief scenes graced the walls of prior pyramid complexes. But the rows of chapels most strongly the Heb Sed court of Djoser, which was more abbreviated than the fabled colonnaded courtyards. It seems fitting that Amenemhet III, with built the last major royal; pyramid complex in Egypt, borrowed and elaborated the architectural expression of 'the palace composed of smaller palaces' from Djoser. The builder of the first great royal pyramid.