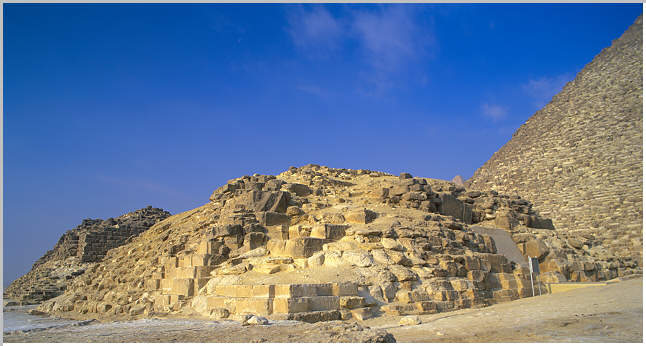 Pyramid of Hetepheres seen from the northeast 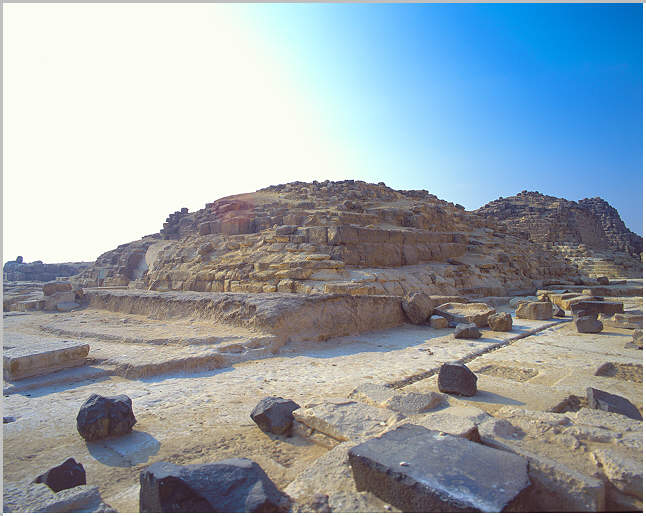 The northern most pyramid of the 4 satellite pyramids of Khufu is called GIa by Egyptologist. It is believed to belong to Hetepheres, mother of Khufu and wife of Sneferu. A few dozen meters just east of the pyramid is a deep burial shaft with many precious object, it was found by Reisner in 1925. Now on display at the Egyptian Museum in Cairo.

Pyramid of Hetepheres seen from the northwest

The Horizon of Khufu