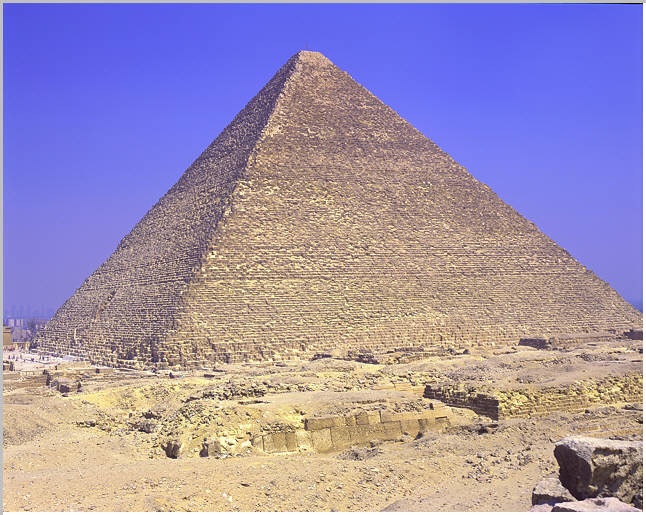 Khufu, the son of Sneferu built the greatest architectural achievement in the World. Here on the Giza Plateau after of some 4500 years The Great Pyramid of Khufu stands at the dawn of civilization and beholds our modern world. It is built with incredible accuracy in terms of cardinal alignment, geometrical shape and proportions and level to within a few mm. It is the largest pyramid in Egypt and was the tallest man-made structure in the World until 1888. Inside the Great Pyramid the Grand Gallery is surely the work of genius. The pyramid is so large that it is almost impossible to fully grasp it in one view.

This view of Khufu's Pyramid is from the Western Mastaba field, of which several are visible in the foreground.

The Horizon of Khufu -Akhet Khufu

The Great Pyramid of Khufu

View from the west.