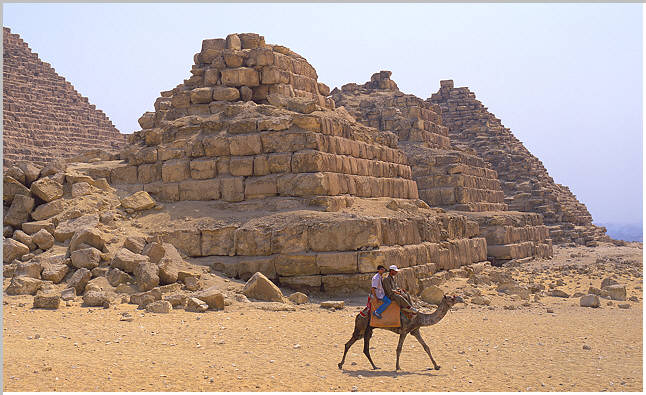 There are three satellite pyramids situated on the south side. These were almost certainly for the Queens of Menkaure. The body of a young women was found in the middle pyramid (GIIb) 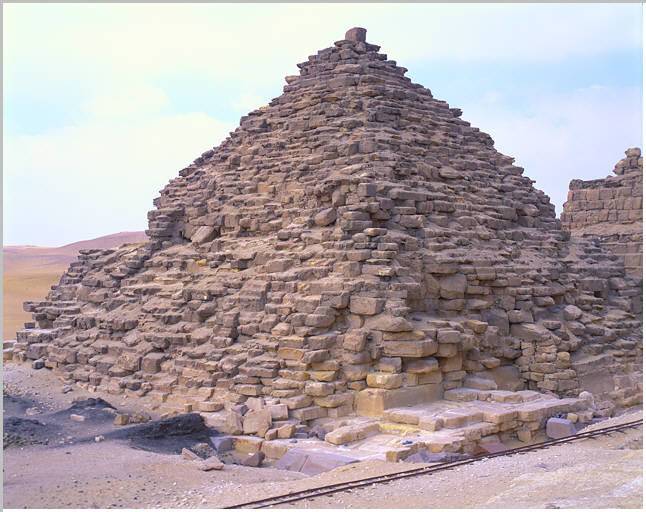 Pyramid GIIIa seen from the southwest

Pyramid GIIIa is believe to belong to Queen Khamerernebty II. The internal substructure is T-shaped is suggest it was originally intended has a Ka-Pyarmid and later converted. It is situated almost exactly on the canter axis of the main pyramid. It did however contain a granite sarcophagus and it had an eastern chapel.

GIIIa seen from the northeast