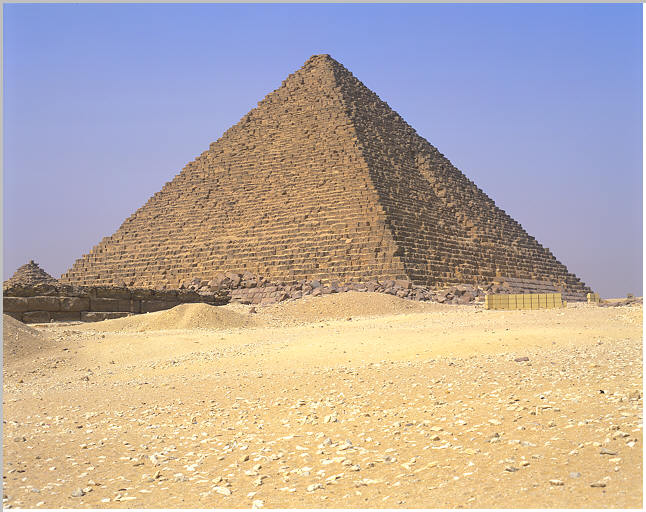 Pyramid of Menkaure viewed from the northeast

Pharaoh Menkaure, son of Khafre ruled Egypt for at least 18 years. It is the smallest of the three Great pyramids at Giza. In 1899 George Reisner was given excavating concession. In the Valley Temple he found several magnificent triad statues of the goddess Hathor and Nome deities. These are considered some of the greatest works of the Old Kingdom.

The Pyramid of Menkaure 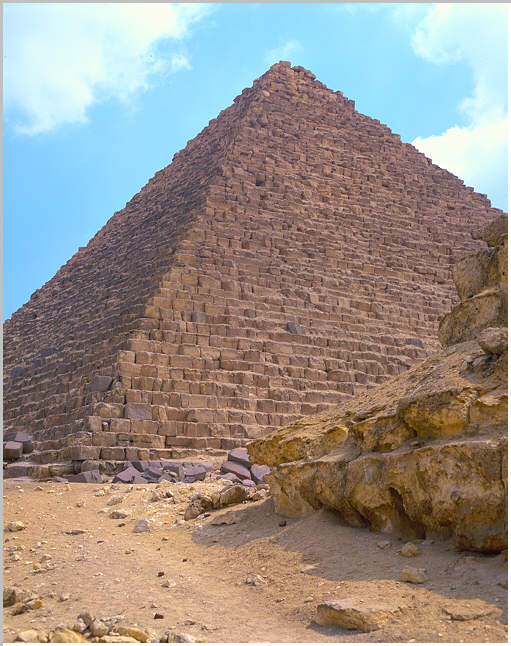 Pyramid of Menkaure seen from the southwest