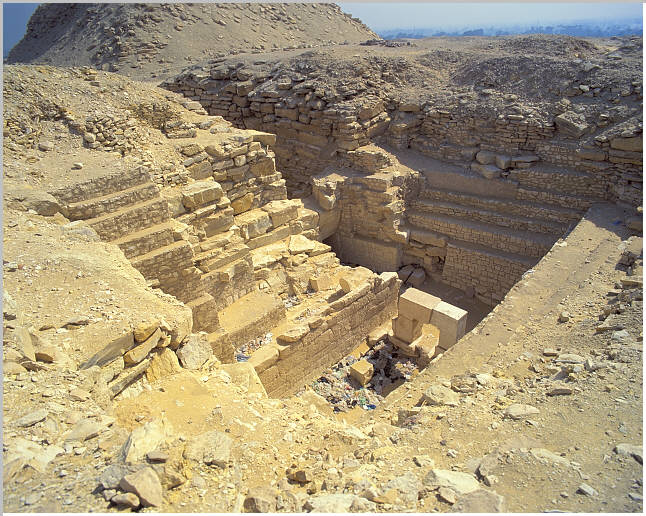 The Pyramid which is divine of the Ba spirits

King Raneferef (also know has Neferefre) never finished his pyramid. He ruled for only 3 or 4 years. Today the pyramid appears as a low mound just south of the pyramid of Neferirkare. In the middle of the pyramids north side there is decending corridor which opens into the king's underground chamber. Here one can find a large arch which was once part of interlocking arch system, an unusual feature of this pyramid.