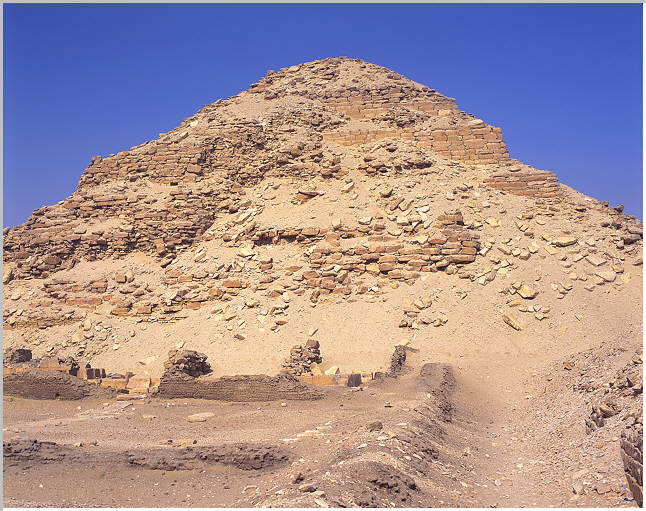 Pyramid of the Ba of Neferirkare

Kakai is a soul

The pyramid of Nefrerirkare towers above all others at Abusir. He ascended the throne after his brother Sahure. Evidence suggested that it was planned has as a stepped pyramid rising in six steps of well laid retaining walls to a height of perhaps 72m. However on the west and south sides there is loose masonry that suggesting that the pyramid may have been filled in has a true pyramid. This is where Borchardt found at the beginning of the 20th century the famous and very important Abusir Papyrus dating to the reign of King Neferirkare. The Pyramid temple was finished in mudbrick and the king worshiped here for several centuries.