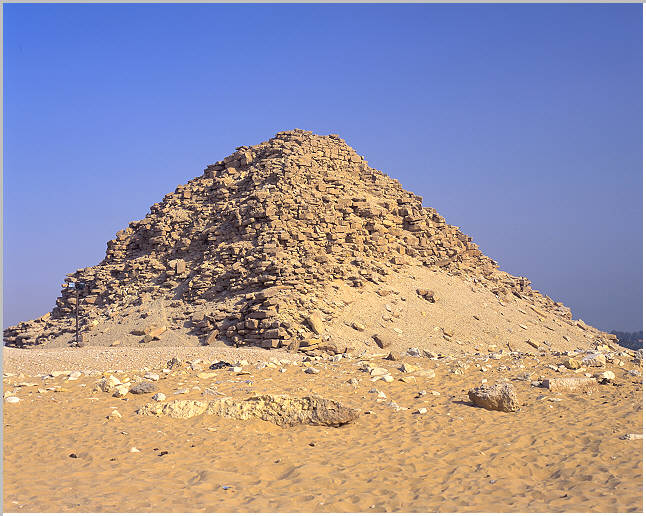 The Rishing of the Ba Spirit

Sahure, the 2nd king of the 5th dynasty ruled Egypt for some 12 years. He constructed the first pyramid at Abusir. A great many extremely beautiful high relief's were found here by Borchardt when he excavated in 1902-1908. The core of the pyramid is formed with roughly shaped locally quarried limestone blocks. It consisted of five or six steps. The mortuary temple on the east side is quite well preserved with many granite pillars and blocks with Sahure's cartouche still visible. Sahure's pyramid is the first structure to greet the visitor at Abusir.