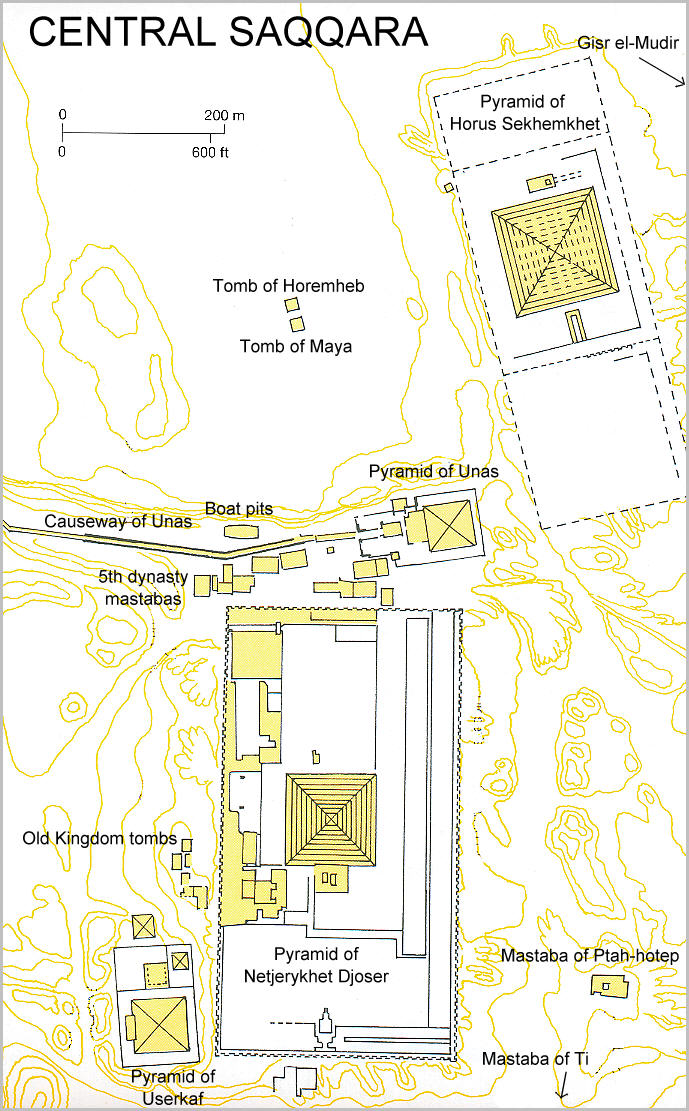 Click on areas of interest to view details.
Central Saqqara

This area is centered around the step pyramid complex of Netjerykhet Djoser. The step pyramid is the first pyramid in Egypt and the first large stone structure in the world. The area is very large and contains many very ancient and important sites. In the west we have the beautiful mastabas of Ti and Ptah-hotep. Nearby is also is the Serapeum, the bull catacombs. Near the northeast corner of the Djoser's complex is the 5th dynasty pyramid of Userkaf. On the southwest of the Djoser complex is the very important 5th dynasty pyramid of Unas. It is here that are found the oldest religious texts in the world. Around the causeway of Unas are some quite beautiful mastabas including that of Niankh-Khum and Khum-hotep (the twins) and Irukaptah (the butchers' tomb). Also near the causeway are the boat pits of Unas. 400 hundred meters to the southwest is the 3rd dynasty unfinished pyramid of Horus Sekhemkhet and further west into the desert in the large rectangle which the locals call Gisr-el Mudir. Just south of the causeway into the desert are the New Kingdom Tombs of Horemheb and Maya. South into the desert near the entrance is the 4th century Monastery of St. Jeremy. And near the ticket office is the newly reconstructed valley temple of Unas