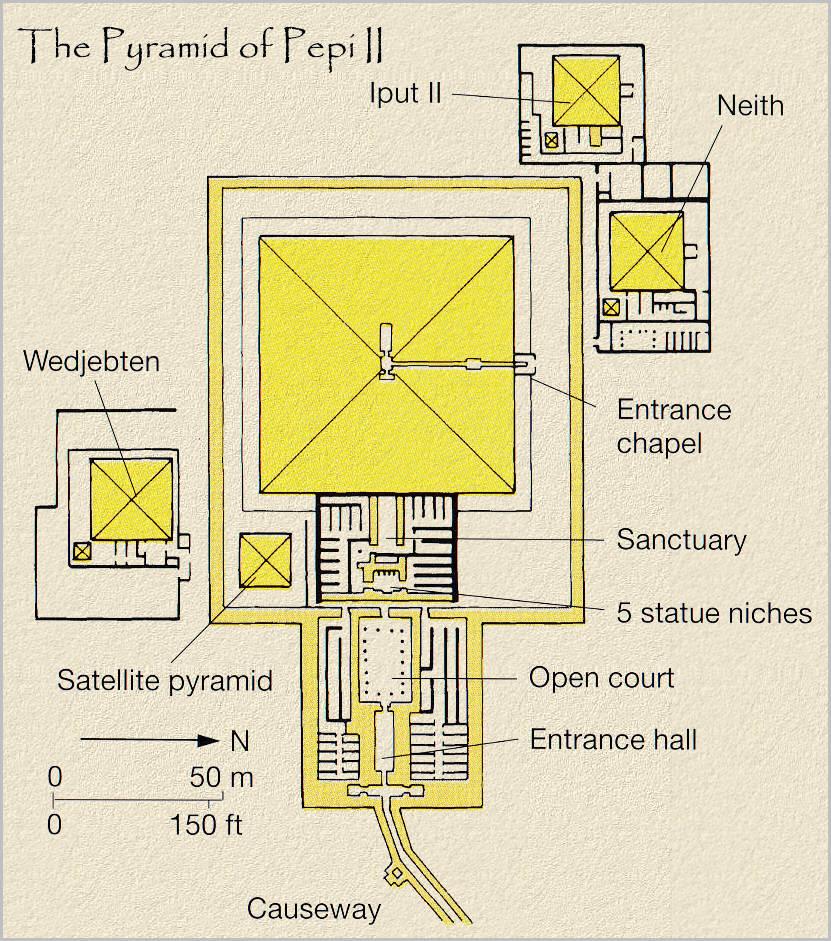 Click on areas of interest to view details.
The Pyramid Complex of Pepi II

Pepi II, 4th king of the 6th dynasty, ruled the Two Lands for 94 years, he lived to be 100. The longest in Egypt's history. With Pepi II the Old Kingdom in effect came to a close and so too one of the most important era's of human history. The pyramid is the same size as most of the 6th dynasty pyramids. The mortuary temple is on the east side, although heavily damaged the general plan can still be made out. 4 secondary pyramids have so far been identified. 3 queens pyramids and Pepi II's cult pyramid. The pyramid is far out into the desert and is difficult to reach. A 30 minute walk is required through the soft sand.