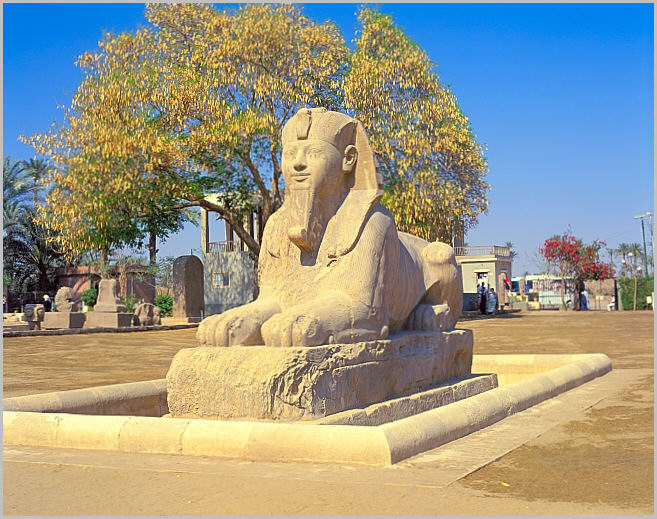 The Alabaster Sphynx at Memphis. This is a new Kingdom piece that dates to the time of Ramses II. Indeed the monuments at Memphis are virtually all from the Ramses II era. So in reality it is not the ancient city of Memphis. However Egyptologist do believe that Ancient Memphis is several meters below the surface, in the immediate vicinity of the this site. Potentially some very exiting discoveries await to be revealed once excavations begin in the area. Ancient Memphis is buried below several meters of Nile silt.