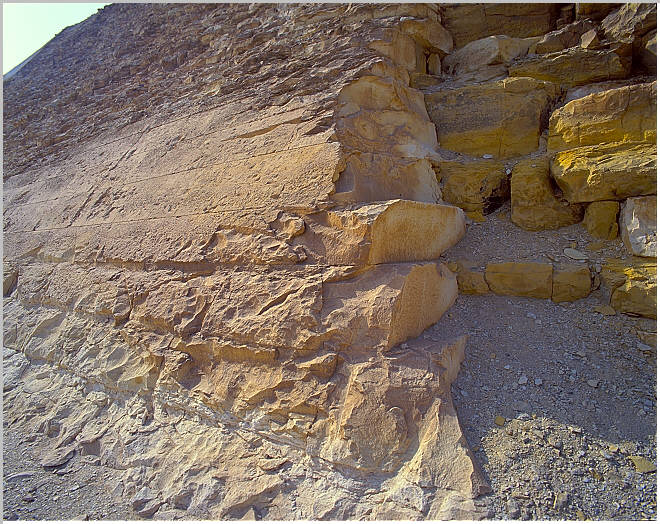 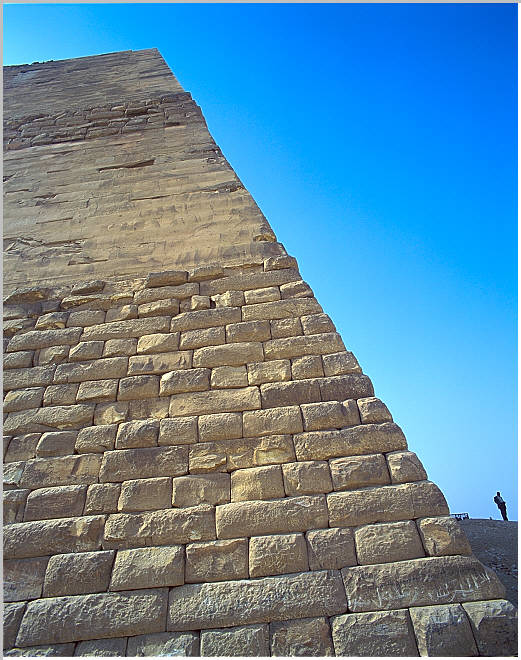 The final phase of the pyramid, E3, shows that the outer casing is laid horizontally. Research as indicated that the earlier inner walls were laid inclined. This is the main reason Egyptologist believe the E3 was done much later, perhaps toward the end of Sneferu's reign, after the Dashur pyramids were completed.

The northwest corner of the pyramid.

Here it is very obvious how the outer core was smoothed, from top down. Also the blocks here appear to be laid horizontally with an extremely regular height, although less regular in size horizontally. 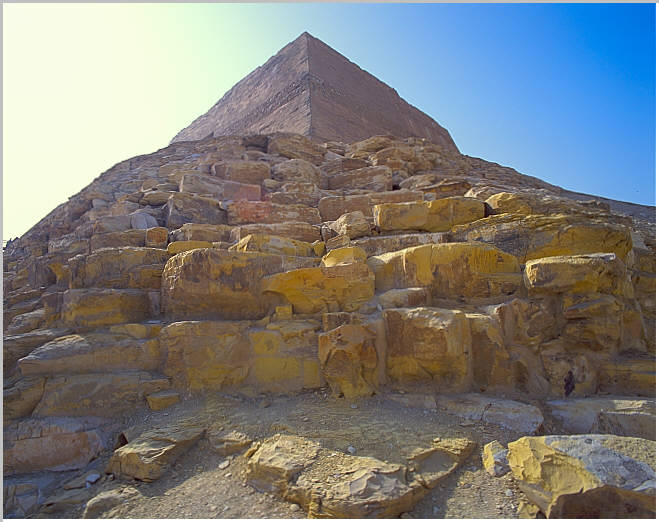 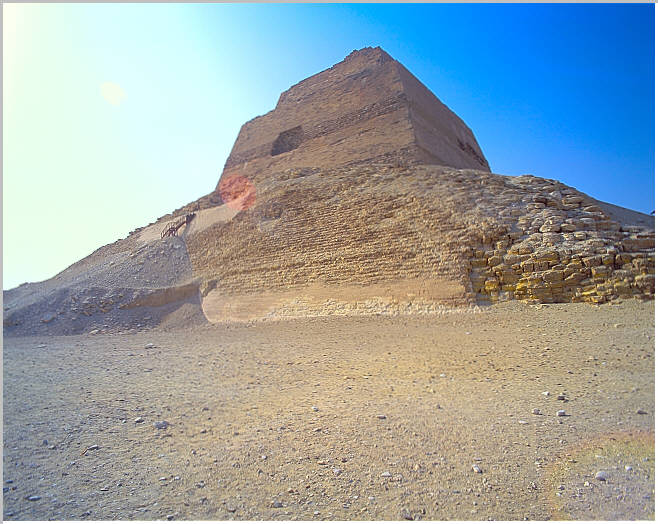 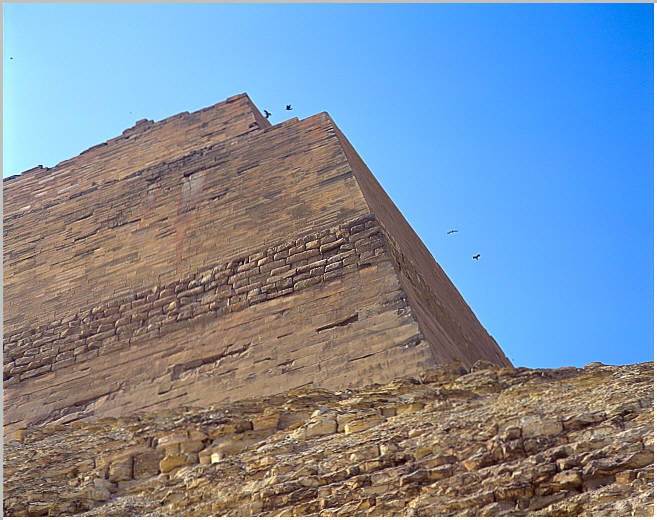 Here you can E1, E2 and E3 layers of construction. E3, the final is the bottom-most.