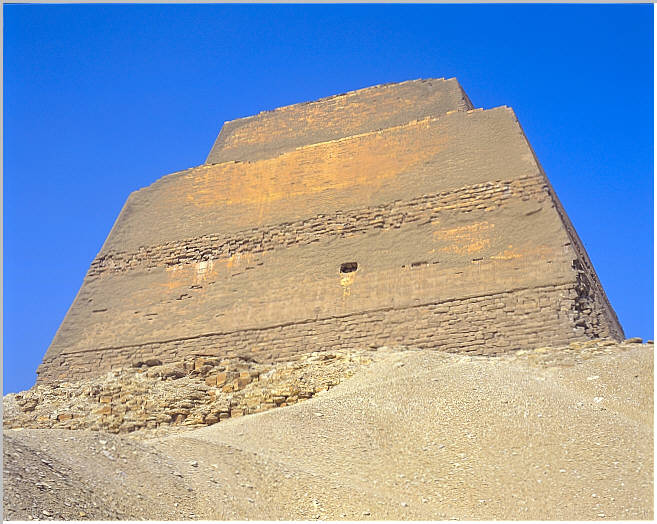 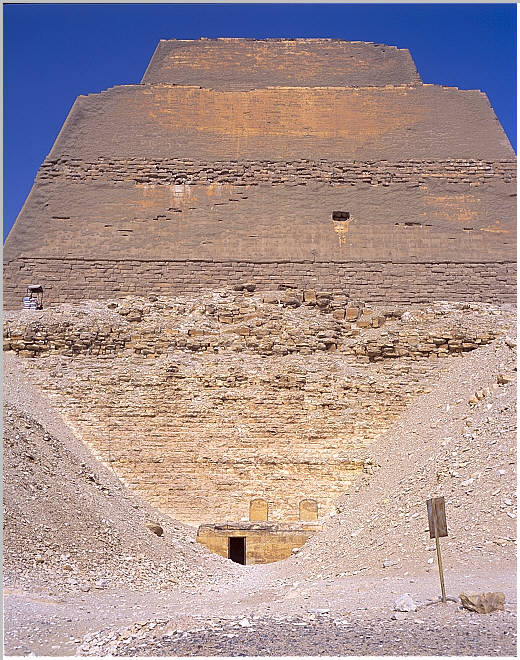 Another view of the east face. The damaged northeast corner is obvious on the right side.

The east face of the pyramid.

Here the east face of the pyramid with the east chapel at the foot. Phase E2 and E3 can be seen, E3 being the final phase. An interesting square breech can be seen near the top. The east face has what appears to be 'solidified' sand stuck to it's surface. This is only apparent on the east side o the pyramid. 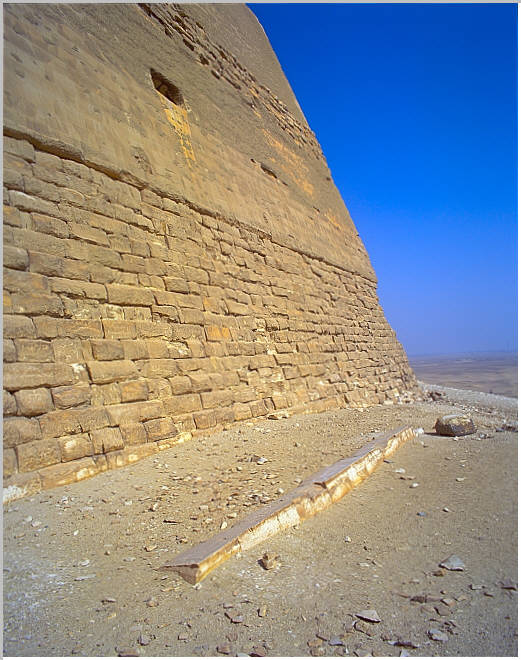 A close-up view of the east face with emphasis on the square breech. It appears that this square hole is ancient because of the extensive weathering of of the periphery. Also of note here is another one the inclined walls. This is how the pyramid was built,. as a series of included walls. 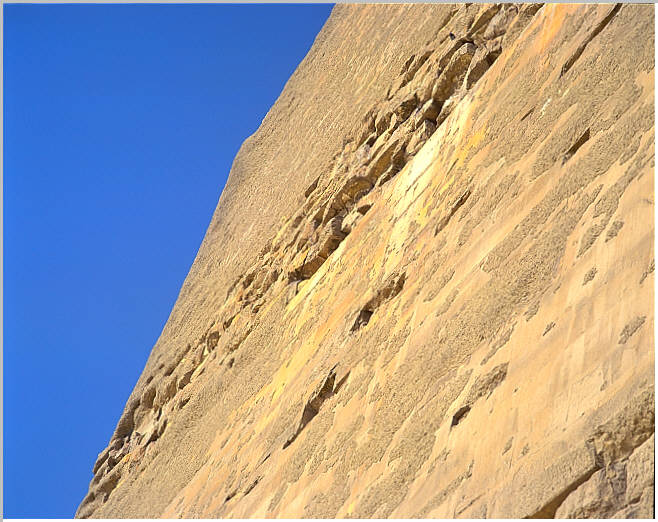 A detail view of the 'solidified' sand on the east face. I would seem likely that sand was piled up on this face for a very long, perhaps as part of the originally filling?