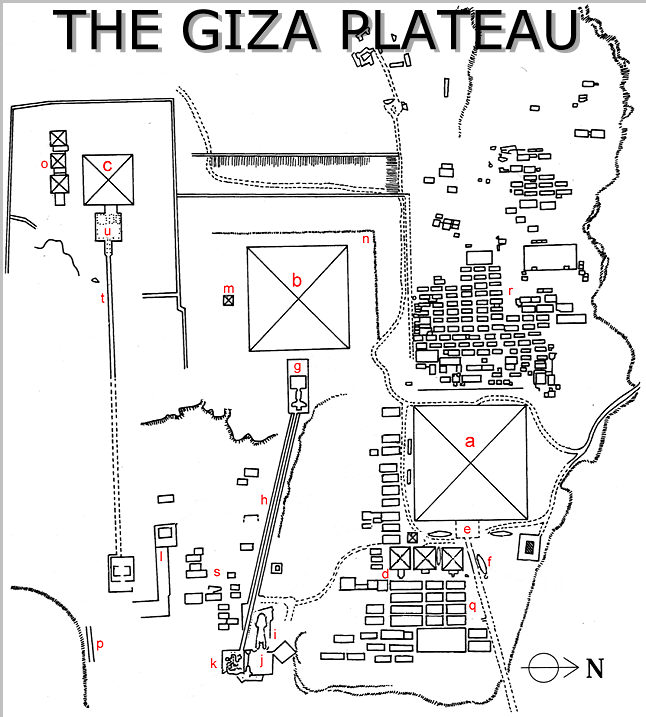 To view move to area of interest and click.

Here the fourth dynasty Kings (2561-2450B.C.E.) built 3 large pyramids and eight smaller pyramids. The Giza plateau lies on the edge of the modern city of Cairo (pop. ~20million). The ancient Egyptians called this place 'kher neter' or 'The West'. Even today the Giza Plateau dominates the Cairo skyline and you can actually feel the presence of the great civilization who built the most impressive monuments in the world. Here we can find the Great Pyramid of Khufu. It originally stood 146.59m high with a base of 230.33meter. It was constructed with a high degree of precision with only 3' 6" off true north. For 4500 years Khufu's pyramid stood as the highest man-made structure in the world surpassed only in 1888.